Saschiz Evangelical Church was built in the late 15th century ( between 1493-1496 ) by the Saxon colonists. The monument impresses by the expressive beauty of the proportions and the rigorous adaptation of fortifying elements to a place of worship. From the outside , the building appears as a bastion, with giant buttresses built over the imposing arches of stone and brick, elements characteristic to all Gothic monuments. What is more, the architectural beauty combines with the defensive purpose of the fortified church, since behind the arches one can notice the loopholes. Due to the significant distance between the center of the village and the hill on which the Saxon fortress was built, in time, the fortified church became the main place of refuge for the villagers.

The Tower of Saschiz is one of the most beautiful medieval Transylvanian construction,belonging, as the fortified church, to the 15th century Saxon architecture. With a 10 meters height, the tower marks the center of Saschiz today . Its defensive role is betrayed by the existence of loopholes.

Through its shape and the materials used it reminds of the elegant Clock Tower in Sighisoara See More . 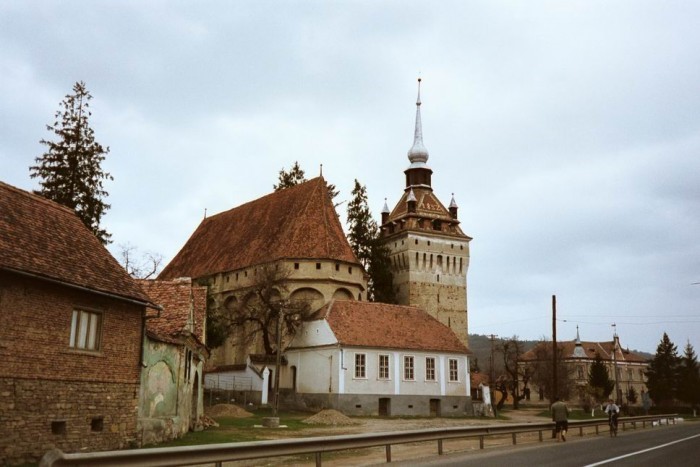