Romanian cuisine is a diverse blend of different dishes from several traditions with which it has come into contact, but it also maintains its own character. It has been greatly influenced by Ottoman cuisine, while it also includes influences from the cuisines of other neighbours, such as Germans, Serbs, Bulgarians, and Hungarians.

Cârnați – sausages which may be smoked and/or dry-cured;
Tobă (head cheese) – based on pig’s feet, ears and meat from the head suspended in aspic and stuffed in pig’s stomach;
Piftie or Răcitură – inferior parts of the pig, mainly the tail, feet and ears, spiced with garlic and served in aspic;
Jumări – dried pork remaining from rendering of the fat and tumbled through various spices;
Ciorbă is the traditional Romanian sour soup.Most popular are: tripe soup, meatball soup, bean and smoked meat soup
Mititei (mici) – grilled minced-meat rolls
Varză călită – steamed cabbage with pork ribs, duck, or sausages
Sarmale – minced meat with rice, wrapped in either pickled cabbage leaves or vine leaves
Mămăligă – cornmeal mush, also known as Romanian-style polenta.
Papanași – a kind of doughnut made from a mixture of sweet cheese, eggs, and semolina, boiled or fried and served with fruit syrup or jam and sour cream. 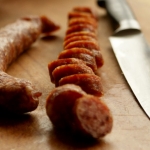 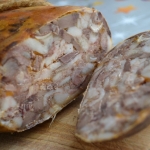 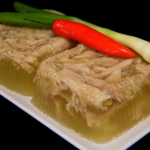 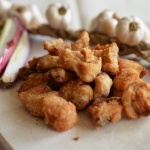 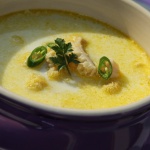 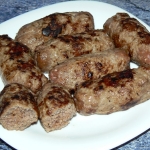 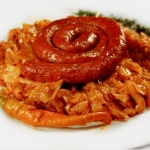 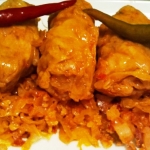 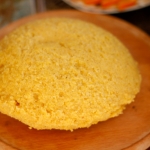 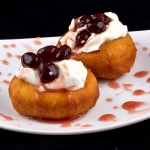