The church was built in the XIVth century and fortified in the early XVIth century.

The fortress-church from Bunești (in German: Bodendorf) in the county of Târnava Mare, currently found in Brașov county, is fortified by a simple circular defense wall, with several bastions.

The nave is above the buttresses, arches characteristic for defensive purposes, while the choir has tar-pouring holes located on two levels.

This is a basilica in a transition style from Romanesque to Gothic. The altar is made of wood, in the classical or neoclassical style, dating back from 1805 and is covered with wall paintings in tempera paint, above which the organ is built in the rococo style. Inside the church, the galleries and balconies are preserved from the XVIIth century. 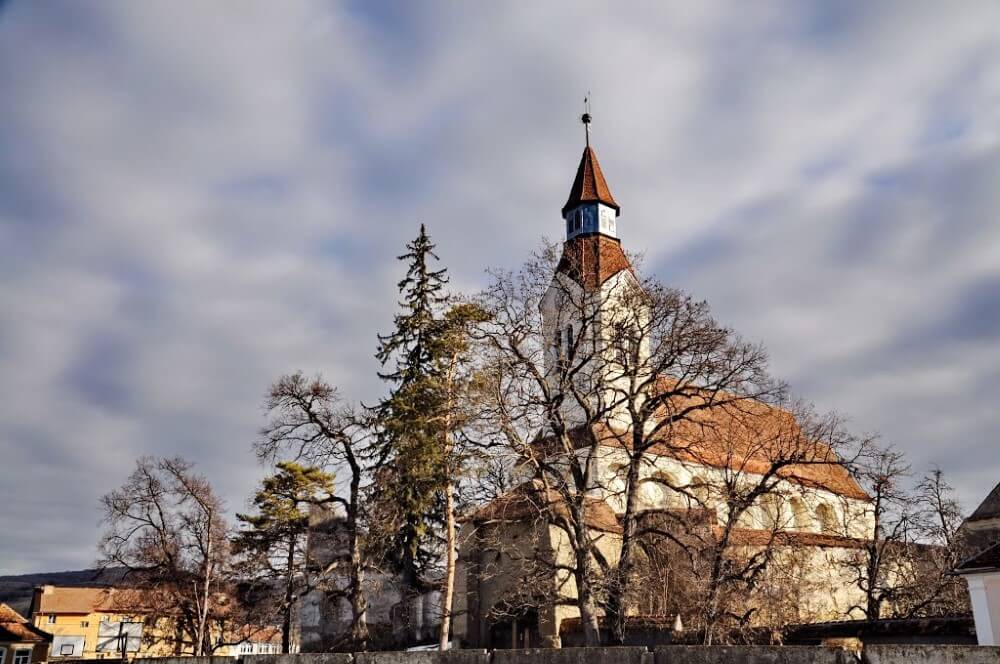