St. Margaret Church is the evangelical church from Mediaș. The building is known, among others, for its leaning tower. It is one of the most important churches in Transylvania built in the Gothic style. The church is under the patronage of Sf. Margaret of Hungary, canonized in 1276.

The fortified church was built in 1488 in the Gothic style and was surrounded by a defensive wall with towers. The tower, due to soil structure, leaned along time. It was built in 1460 and raised with 3 more levels in 1550. In 1551, it reached a height of 68.5 m and, thus, received four towers, that pointing out that the city had a court at that time. In 1783, the roof was rebuilt and the four towers repaired. In the same year, the gilded globe mounted in 1550 at the top of the tower was lowered and, on this occasion, taking into account the custom the ancestors’ “correspondence” was read. The tower represents an ideal observation point of all surroundings.

In such uncertain times as then, the city trumpeter had the important mission of trumpeting the alarm in case of need. His mistakes were punished severely, even throwing him of the tower if he would have put the city in danger. From those times comes the name, the Trumpeters’ Tower. Vlad the Impaler was detained inside the tower in 1476 after a conflict with Matei Corvin (Matthias Corvinus). 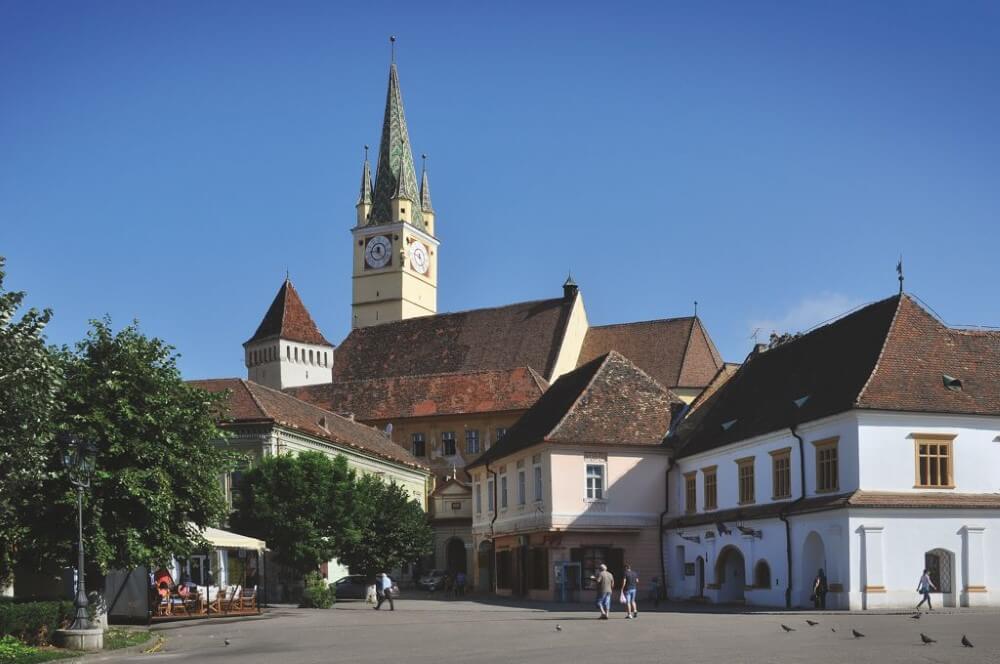