The exact date of its erection is rather vague, as is the identity of the constructor. It was built in the XVII century and one of the legends says it was erected by Istvan Radak.

The architecture of the palace in Renaissance style preserves its imposing shape and solid structure to this day. The walls of the castle store memories in its cracked bricks and surfaces where once there were Latin inscriptions.

In time Radak Palace was damaged many times by fires and the one to rebuild it completely was Baron Radak Adam. The nobleman managed to improve the shape and exterior of the castle rendering it its original appearance. The castle is built on two levels with 13 different-sized chambers. It has kept its original shape ever since – the only damages being brought, during the war of independence, by the Austrian troops. 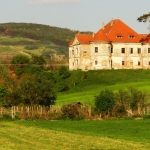 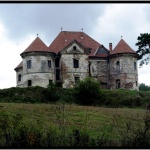