Away from the main road that connects Brasov See More to Sighisoara See More , Viscri village is one of the most spectacular fortified Saxon Churches, and also one of the six registered in the UNESCO world heritage.

When the Saxons colonized Viscri, there was a little chapel here. In time, it has undergone several transformations.

The present church of Viscri is a Romanesque church hall, extended in the early 16th century, with numerous valuable artwork.

The Museum inside the fortress includes particularly interesting objects.

Documents show that Viscri had always been a free village, it was never part of a noble property. By the year 1500, there were 51 households in the village, three pastors, one teacher and two poor people.

Today, Viscri is still a small village with no more than 500 inhabitants, of which only 27 Germans. They say Viscri has the most picturesque fortified church in Transylvania and was to become known throughout Europe after Prince Charles bought a house here in 1996 and spoke in interviews about the beauty of the village in Transylvania. The Royal House in Viscri is rented to tourists throughout the year. The village of Charles, as Viscri is now known, is visited annually by more than 15,000 tourists. 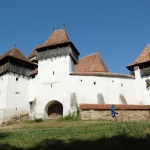 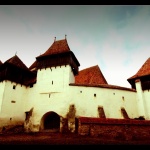 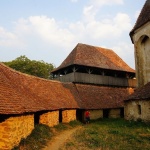