The religious settlement of Mesendorf dates back from the XIVth century.

It was originally built in the Romanesque style, but later the early Gothic style absorbed it. There are still Romanesque elements that emphasize the Roman style of the construction, such as the western portal and several architectonic elements.

The ceiling is coffered, the balconies are painted with Transylvanian Saxonic traditional motifs and the windows were created in the Gothic style. The old wooden gallery is still preserved in good condition. In 1653, the polyptic altar with four panels was placed. On it, scenes from the Passion of Jesus are depicted, but are also shaped the faces of the four evangelists. On the southern wall there is an inscription specifying that the restoration of the fortress took place around 1701.

The Mesendorf Church is one of the few churches that shows a Zwinger, specific construction for the fortified architecture. The church has a narrow space between the main wall and another shorter wall. The Zwinger has an important obstacle role for potential invaders. 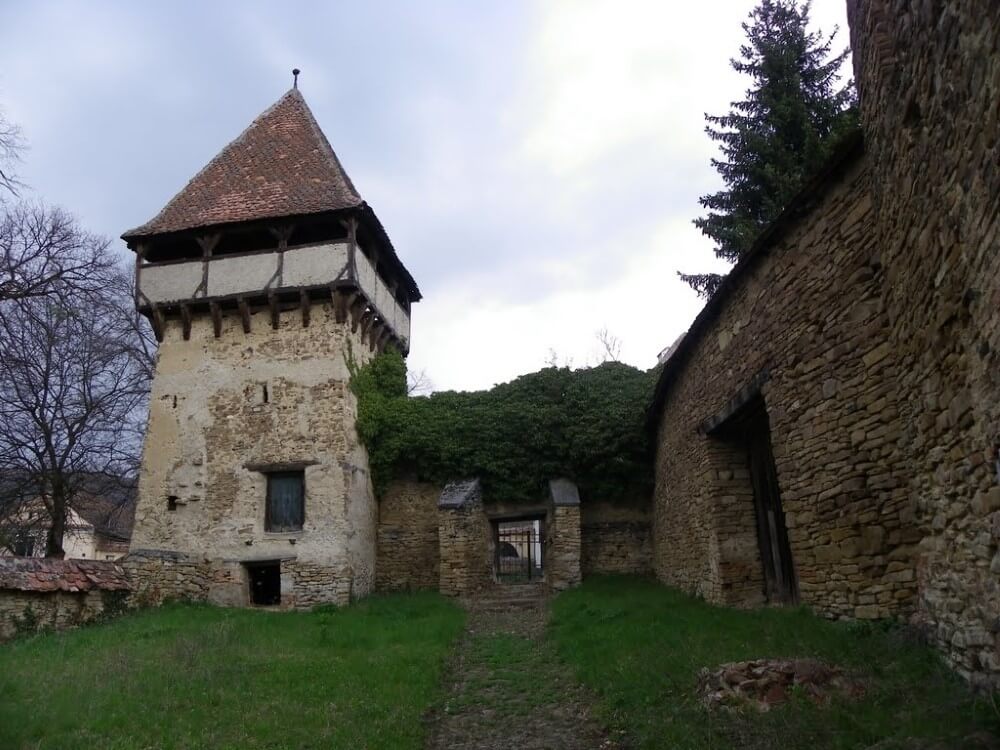