Harman Evangelical Church is located in the village with the same name in Brasov See More county . In German, the town is called Honigberg, meaning “honey mountain”. We do not know the exact date of Harman settlement foundation, but its population with German settlers attributed to the initiative of the Teutonic Knights, can roughly be set between 1213-1225.

In the first construction phase, dating back to the first half of the 13th century, the eastern side of the church was erected, after which, during the second phase, the imposing tower on the western facade was built. At the end of the 15th century a massive refuge frotress was built around the church. The inside wall of the fortress has an oval shape and is 12 meters high, reinforced with seven strong defense towers, some with holes for pouring molten tar on the besiegers .

The fortification that surrounds the church is made ​​up of a triple cordon. The outer wall , shorter, with a height of only 4.5 m was meant to defend the base enclosure. At the same time, it set the limit of the moat that surrounded the city. The third belt circling the moat has not been preserved. The inner wall, 12 meters high, was fitted with seven towers brought forward. The entire precinct was covered with a protective corridor, which communicated with the towers.

In 1421 when the Turks invaded Barsa , the city was besieged and burned, with the Turks destroying and causing great damage to the fortified churches. A new Turkish invasion in Barsa Land takes place in the year 1432. Beside the numerous invasions Harman community suffered from epidemics and natural disasters: 5 plague epidemics, 4 periods of flooding, two fires. 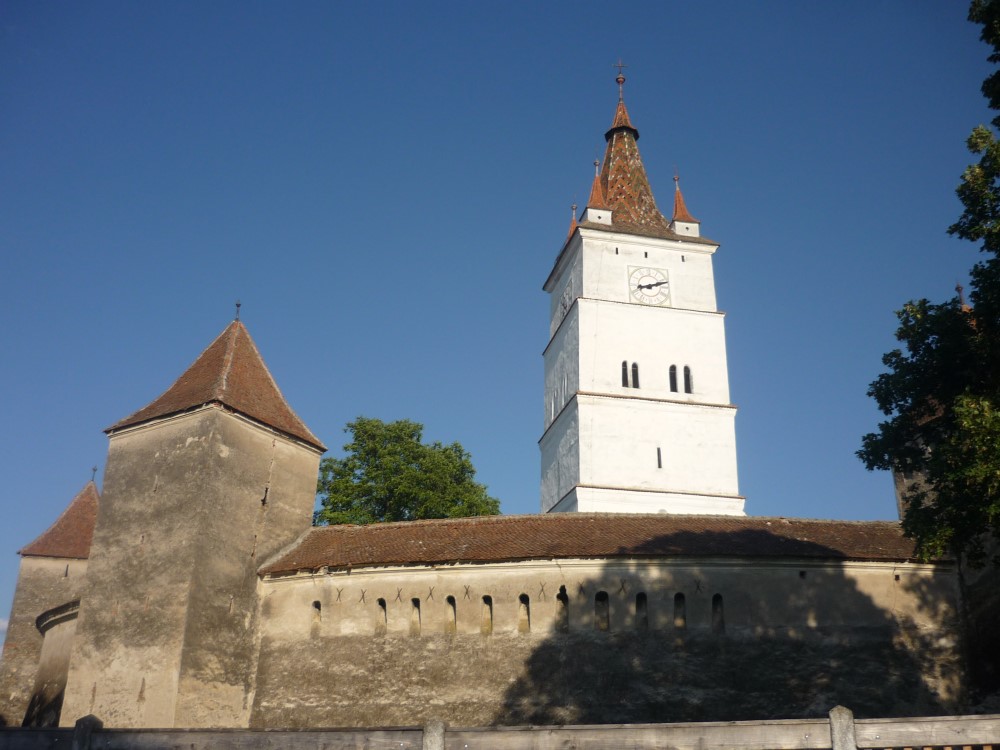