Fagaras Fortress is the second in the world in a top ten of the most beautiful castles, it is one of the largest and best preserved feudal cities in Eastern Europe. During the 17th century the city was expanded, reflecting the “richness of the place”.

Placed near the mountains that separate Wallachia from Transylvania, Fagaras Fortress was loved by the Wallachian princes but also by those of Transylvania, and it had been under the rule of the Hungarian kingdom as well as that of the Ottoman sultans. In the late 14th century, Mircea cel Batran was ruler of Fagaras County that spread as far as Olt River.

The fortress is linked to the political ascension of the Stefan Mailat, a nobleman from Fagaras who became the prince of Transylvania. In 1599 Michael the Brave gives the city to Lady Stanca, his wife. Later, in the 17th century, Fagaras Fortress is the residence of the princes of Transylvania and even hosts several meetings of the principality diet (a pre-parliamentary institution). After 1696, the city becomes the property of the Habsburg Crown 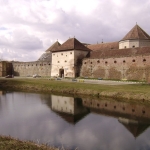 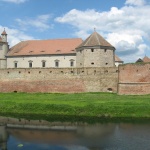 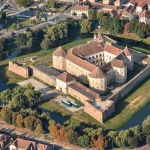