The old title Kreuz (cross) is due to, according the local tradition, a big cross, visible from a distance from three neighboring villages “Crit, Cloasterf See More and Mesendorf See More . The first houses were built around the cross and a stone church was erected.

In the 15th century an enclosure wall with irregular oval shape was built. Four of the five original towers are still preserved today. In the 19th century the interior wall was demolished, and in 1909 the supply rooms were partially demolished. In 1908, there was a gate in the west tower to allow passage of the hearse. That is why the tower is now called the tower of corpses. In the year 1955 the north tower collapsed, but was rebuilt in 1957, with two floors. 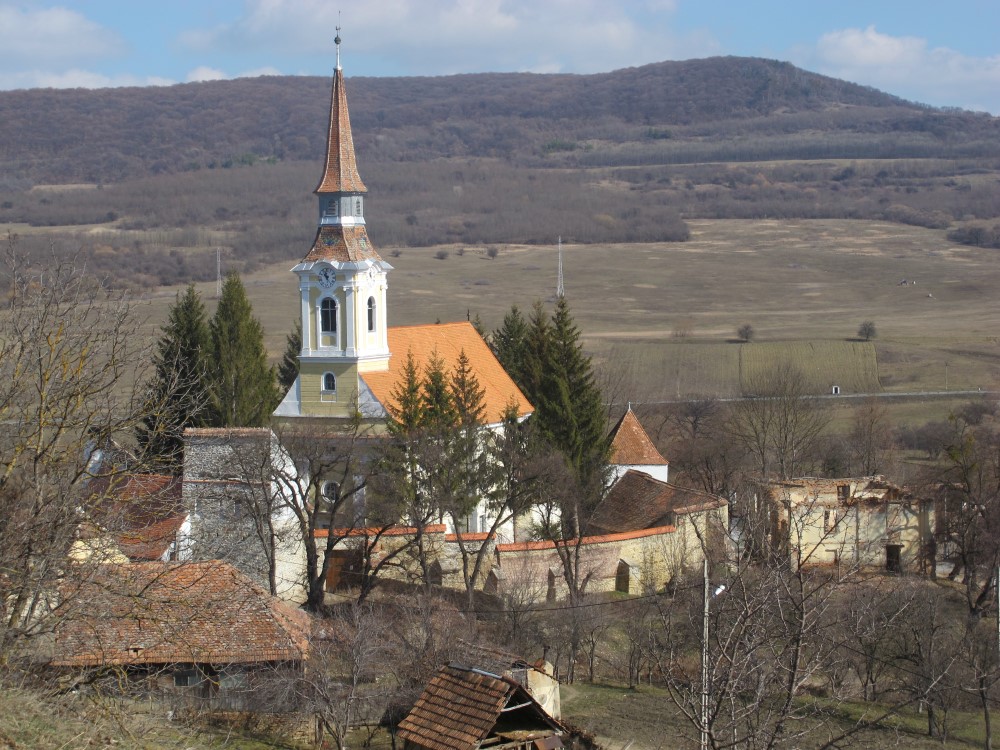