The fortified ensemble of the Evangelical-Lutheran church is among the most homogeneous in Transylvania, being the coherent work of a single construction period (1521-1524), under the direction of the master Ștefan Ungar of Sighișoara. The church has the appearance of a massive limited-size fortification, above the nave and choir with the network arches, a fortified floor is built and equipped with shooting windows and throwing orifices. Rectangular enclosure with corner towers in a square plan, with a lectern roof.

Inside the church, the painted wooden balconies of the XVI – XVII centuries are preserved. In 1716, the painter Andreas Hermann of Sibiu See More accomplished the baroque altar, above which an organ is installed in 1832.

Between 1816 and 1819, in the south-western corner of the enclosure, the sacristan’s dwelling and the bell tower are built. In 1996, the dwelling collapsed and, in the following years, another one is built, which later became a museum. 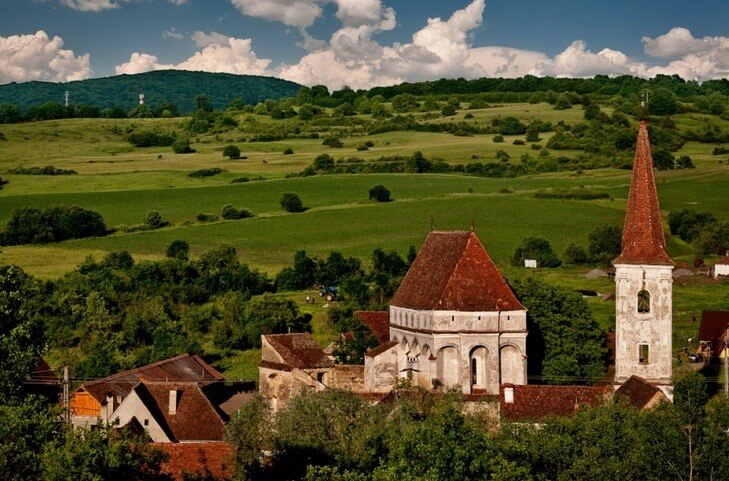