After becoming a free city with the right to trade, Brașov reaches a flourishing situation due to its craftsmen and, especially, to the intensive trade relations with the Wallachia and Moldova. It is located on one of the oldest trade routes that unfold exchange of goods between the Wallachia, Moldavia and Transylvania.

At the end of the XVIth century, Brașov begins to build a fortress, but the walls were not ready for the first Turkish incursion in Transylvania (1421) and the city was conquered and burned by the Ottomans. The Turks come back in 1434, but cannot conquer the city anymore, it was already surrounded by strong walls. Surrounded by these walls, Brașov becomes a prosperous cultural center.

Brașov Fortress First, the fortress was mentioned in a document in October 16th 1434. The natural environment in which it was built is one of the most favourable places for such constructions: in two parts, the fortress is flanked by steep slopes. In 1241, some families barely had time to take shelter in the fortress, away from the Tatar invasion. In 1395, before triggering the war with the Turks, Mircea the Elder sheltered his family inside the fortress. After 26 years, in 1421, the fortress becomes a place of refuge for the people of Brașov. In the same year, the fortress is given as pledge to the Sultan, the Turks dominating the fortress from height. Quickly understanding the danger, Brașov people recovered it with the help of Iancu de Hunedoara (John Hunyadi). He ordered its demolition and that the stones resulted to be used to strengthen the walls of the city in the valley. In the spring of 1455, the fortress was already demolished, but the fortress chapel dedicated to St. Leonhard remained intact, threatened with the decay because of its abandonment. Therefore, the Archbishop of Esztergom also consented the chapel demolition, deciding that in its place to be built an altar dedicated to St. Leonhard in the parish church (today the Black Church).

The Black Church is one of the most representative monuments of Gothic architecture in Romania. Originally, it was called St. Mary’s Church until 1689, when a fire partially destroyed the building, blackening its walls. This is when it received its current name – the Black Church. In the belfry there is the biggest bell in Romania, a bronze bell weighing 6 tons. The church houses an important and valuable collection of Oriental carpets (over 100). The lecterns inside represent another element of the Black Church heritage, to which the well-known organ is added, with 4,000 pipes, installed in 1839.

The Black Tower was built in the XIVth century, aiming to prevent the enemies’ approach near the city walls. In the past, the tower had a connection system with the Fortress using a mobile bridge up to the Blacksmiths’ Bastion. The initial roof was not preserved, being destroyed by a lightning on July 23rd 1559 and by a fire in 1689 – that blackened the walls of the tower and gave its name.

The White Tower is located 59 m away from the fortress wall and communicates with it by a mobile bridge that connects the tower and the Graft Bastion. It is the highest point of fortification of Brașov and served the tanners guild. In recent years, it has been restored and includes a great museum point.

Built by the weavers guild, on four floors with shooting loopholes, black oil orifices and two guard towers, the bastion has a unique architecture in the south-eastern Europe, being the best-preserved fortification of the city. It was first documented in 1522.

Today, inside it, a museum of the medieval Brașov was organized, where you can see a valuable collection of medieval weapons and a model of the fortress in the late XVth century.

The gate was built between 1827 – 1828, with the financial contribution of the Schei merchants, in order to ease the access to the city from the Romanian neighbourhood and it was located at approximately 50 m from Catherine’s Gate. Schei Gate has three arches: two small arches for pedestrians and a large central one for cars.

Going down from Schei Gate about 100 m, on the right side, we find the narrowest street in Eastern Europe, the ROPE street. It dates from the early XIIIth century, being the only street in the city whose walls can be touched with both arms at the same time, it is 1.32 m wide and 83 m long. Recently, it has been restored and reopened for touristic circuit.

COUNCIL HOUSE (in German: RATHAUS) COUNTY HISTORY MUSEUM
In 1420, it was built in the central square of the old fortress, the city hall, called the Council House or Rathaus (in German). In the early XXth century, the Council House was to be demolished and replaced by a modern administrative building. This was avoided only due to a strong media campaign in order to maintain the old historical monument. Since 1950, the building houses the History Museum of Brașov County.

MUSEUM OF THE FIRST ROMANIAN SCHOOL

First Romanian School, built in 1495, preserves the elements of the baroque style from the changes that were made between 1760-1761. The museum offers a comprehensive view of the national culture and history of this corner of Transylvania: the attention is drew by the cult objects, manuscripts, Romanian book in general, tools and the press used during the printing pioneer period, the old classroom, portraits of great personalities etc.

Poiana Brașov has the densest and most modern mountain touristic equipment in our country. Here we can find a riding center, sports center or a touristic sheepfold. It has 9 ski slopes equipped with two cable car lines and one telegondola that provides access for tourists to the heights of Postăvaru, to which, seasonal See More , more ski drag lines are added.

But Poiana Brașov is the ideal place to spend the summer. The mountain climate (air rich in ozone); artificial lake (which offers many recreational opportunities); marked paths (leading the amateurs of hikings to different chalets, offering breathtaking landscapes); comfortable accommodation units etc. fully justify the international fame of this resort. 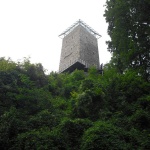 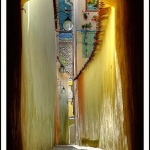 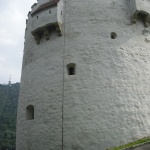 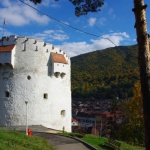 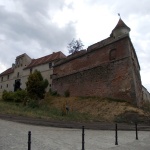 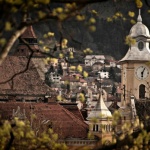 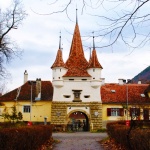 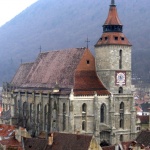 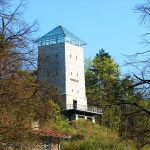 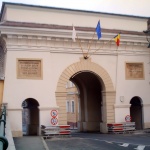 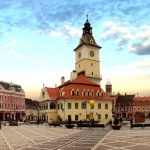