Bran castle is known by tourists from the whole world as Dracula’s castle.

The count Dracula’s myth is based on the fictional novel „Dracula” published in the United Kingdom in 1897, having as author the Irish writer Bram Stocker. Characters from the novel „Dracula” are the results of the author’s fantasy ,but facts about Count Dracula and his death are based on the popular beliefs about the existence of evil forces like vampires or ghosts.

The Romanian ruler (prince), Vlad Tepes, was associated with Dracula , although the historical data do not confirm his presence for a long time at Bran Castle. However , the area is promoted through the image of a vampire, which was feeding on the blood of his enemies.

A first written record of the Bran Castle is the act issued on 19 November 1377 by Ludovic I d’Anjou through which Brasov See More citizens receive the privilege to build the citadel with their work and on their expense. Instead , the king confirms the subordination of 13 settlements to the Citadel.The leadership of the Bran Citadel was entrusted to a man from the castle who also had jurisdictional attributions, and the permanent garrison consisted of archers and hurlers. Between 1419-1424 the citadel returns to Sigismund’s possession.

At the end of the 14th century , King Sigismund gives Bran Citadel to Mircea cel Batran. The royal domain was given to the Hungarian aristocracy, and the fortress was entrusted to the loyal nobles. Over several years , the Hungarian king returned to the fortress which is subordinated later to the authorities of Szekelers committee.Between 1920-1927 Bran Castle was restored under the leadership of the Royal Court architect, Carol Liman who transformed it into a beautiful summer residence surrounded by park, with promenade alleys, a lake, fountains, even a Tea House. In 1938 Queen Mary bequeathed Bran Castle, with its entire domain to her daughter Princess Ileana who ruled till 1948.

After the expulsion out of the country of the royal family, in 1948, Bran Castle becomes the propriety of the Romanian state, remaining in abandonedment and decay for a few years. In 1956, partially renovated, the Castle was opened as a history and feudal art museum.

In 1987, when Bran Castle was in an advanced state of decay, the state decides its restoration which finishes in 1993. 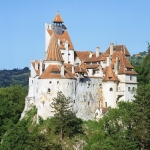 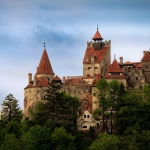 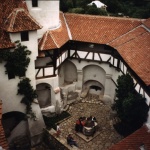 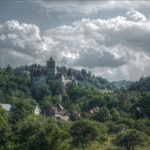 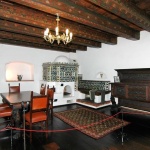